I went to the Fureai Bokujo (petting zoo, Fureai farm). 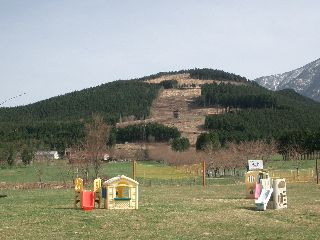 It's the Fureai Bokujo's view. 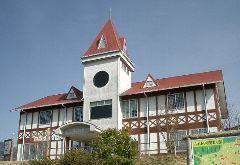 We walked up the stairs from parking space for cars and went to the entrance of Fureai Bokujo.

It's a cow! There were cows.
I closed this cow and took the photo. Most nearly! 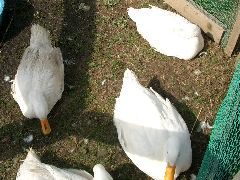 It's a ducks! There were cows.

Fureai Bokujo's animal is a sheep. 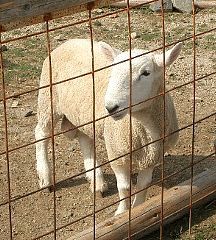 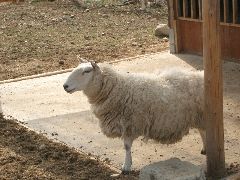 It's a sheep. I wanted to shear the wool from sheep! 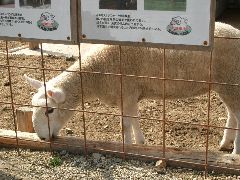 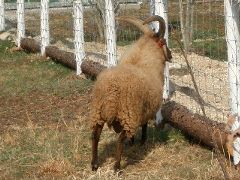 It's a sheep. Horns! 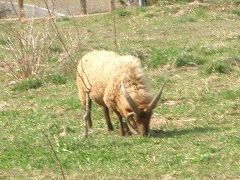 Golly! This flag said 'genghis-khan.'
Genghis-khan is a cooking. It's a sheep BBQ.

BBQ!? barbecue!
Do people eat sheep in this place!?

I heard Fureai Bokujo had about 200 sheep.
In this place, I ate sheep's meat.